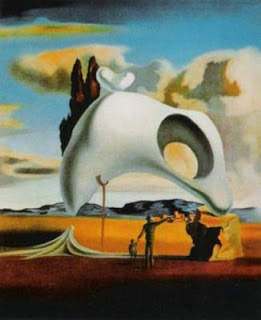 In the North of Norway, in a land covered all the year by a thick snow mantle, a graceful and youthful princess was crying the death of her prince, speared in a battle versus the troops of the Kingdom of Denmark.
Ten years later, the Sad Queen was still crying and all the Norwegian people was very worried about her strange behaviour.
She said that a phantom was coming every night, at midnight, to kiss her voluptuous lips, and she was thinking that it was the spectre of her beloved lord and master... She had never wanted to remarry, and she was ruling alone in the old old castle of her resignedness.
On the day of the national holiday, the spokeswoman of the royal family reported the frightful news which spoiled the celebrations: the queen hanged herself in a lost chapel of the gloomy area of Lyngsfjellan. Some people say that, since this day, every night at midnight, some joyful laughter can be heard in this place...
Publié par Renaud Lejeune à 21:37 Aucun commentaire:
Envoyer par e-mailBlogThis!Partager sur TwitterPartager sur FacebookPartager sur Pinterest 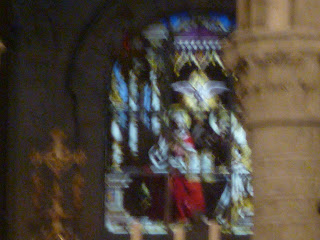